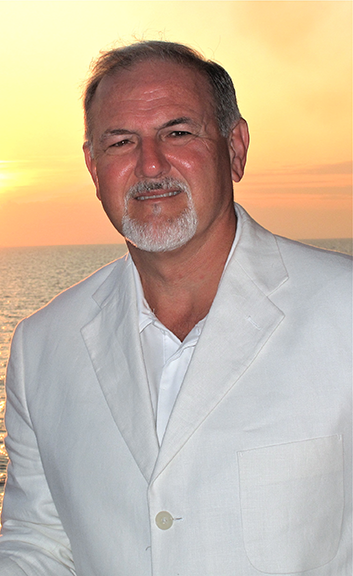 The binoculars slide into Carmelo Ciancio’s grasp automatically as he spots a flurry of color just beyond the deck of his Huntingtown, Maryland home, a panoramic haven for nature lovers. A male wood duck touches down on the pond, its rainbow of feathers glistening like jeweled threads. Subconsciously Carmelo registers the lustrous curve of green at the crest, the bright orange-red of the bill, and the chestnut and yellow on the chest and flanks.  Like so many scenes from this rural backdrop, it will appear in all its vivid detail on a masterful scratchboard painting done in his glass-enclosed studio, which looks out upon the gently sloping acres of woodland. In this setting his subject matter – from screech owls to raccoons, from songbirds to foxes – is a mere arm’s length from his sketchpad.  “I know the wildlife that reappears in work so intimately from watching them right here,” he says gesturing to the acres of sloping forest spreading from his wide windows in his studio. “I’ve seen every kind of wildlife back here – from songbirds to deer to bald eagles.”  Before residing in Huntingtown, Carmelo and his wife, Linda, lived in Laurel, Maryland, adjacent to the Patuxent Wildlife Refuge. Both homes have been rich settings for his wildlife artistry, which he creates with startling reality.  “My home is like the place where I grew up in Italy,” Carmelo says. In the mountain orchards around Francavilla, Sicily, Carmelo first fell in love with his natural surroundings. The temperate climate and rich foliage of his native country made an indelible mark on hims as a boy, who as long as he could remember loved to draw and paint. Carmelo moved to the United States with his family when he was ten, settling in the Maryland suburbs of Washington, D.C., where he found a rich store of natural beauty.  “I went through many phases in my experience as an artist, heavily influenced by Salvador Dali and Caravaggio,” Carmelo explains. “During college I tried a number of artistic subjects and styles and even specialized in portraits for a while.” It wasn’t until years after studying fine art at American University that he began to paint wildlife art.  An avid interest in bird watching has fueled Carmelo’s growing interest in wildlife art. Though he sometimes uses photographs to plan a composition, Carmelo isn’t interested in reproducing his subjects with unwavering scientific accuracy. He is intent instead on capturing a mood and creating a feeling about a scene.  The oils and watercolors Carmelo was producing gradually gave way to a challenging new technique, which he has truly developed from scratch. That’s because he’s created his own style, his own tools and his own special techniques for the uncommon medium of scratchboard. The reverse of a normal black on white drawing, scratchboards are heavy white clay surface covered with indigo paint.

Carmelo first sketches a soft pencil outline on the painted board as a rough guideline. He uses exacto knives to etch hundreds of minute lines to carve complex patterns in the inked surface. Cutting and scraping the ink from the scratchboard results in an almost three-dimensional image adding subtle shading and texture to the composition.  “The scratchboard technique was popular for us in book illustrations in the 19th century when we didn’t have the sophisticated presses of today,” Carmelo explains. “Nowadays we don’t need it for that; there aren’t many artists around who are still dedicated to the medium.”  One of only a half dozen artists who have mastered color scratchboards, Carmelo loves the total control the medium provides him and its unusual effects. With painstaking attention to detail, Carmelo adds many layers of color to the scratchboard, which seem to sparkle in the light like little diamonds or jewels. By trial and error he has developed his own trade style for mixing color and types of paint. “There were no instructional courses in this technique,” Carmelo says.  If the popularity of Carmelo’s works is any indication, his contribution to wildlife art is bringing aesthetic pleasure to many wildlife enthusiasts. The demand and popularity of his work have grown to the extent that his originals are rarely seen before they are sold. Donations of his art have raised over $500,000 for various conservation groups. Among the numerous awards for wildlife conservation Carmelo has received, perhaps the most notable is the 1991 Maryland Governor’s Award for “significant contributions to conservation programs in Maryland and the mid-Atlantic Region.”  Carmelo’s biggest artistic goal is to take scratchboards to the limit. Some think he already has, as he is often considered one of the best in the field, but Carmelo expects more from himself. Carmelo claims he’s not even close to what he hopes to ultimately accomplish, as his work continues to reach new heights in artistic excellence.  Carmelo Ciancio’s success story provides something of an inspiration to those of us with grand reveries: Every swan that so dreams, someday spreads its wings.